I've been owning a standard Roland V-Drum TD-6 for quite some time now. I bought it on a sale, probably around 15 years back, as a compact set that I could put next to my home office desk to play whenever I wanted. And although this set, and specifically the TD-6 module, is very much outdated by now, the kit does what it needs to do. It provides me with a practice kit, that I can keep close at hand, and on which I can play any time of day without needing to worry about neighbors, sleeping kids, or studying/working partners. 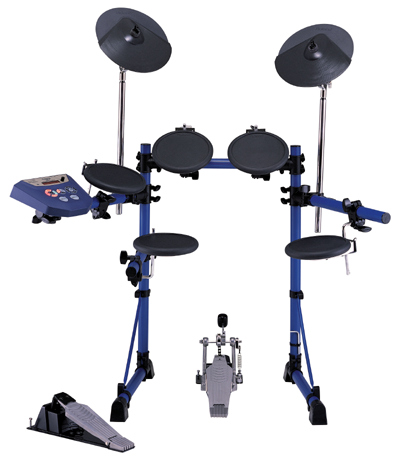 However, even though this set is relatively compact, the wide arms reaching out left, as well as the legs sticking out, make that this kits still takes more space than I think it should. (I like to keep my office nice and tidy, so every square foot of space saved just makes me feel better). So when in 2014 Roland released a new model, specifically aimed at being as compact as possible, namely the TD-1K, shown below, I started thinking about how I could make my TD-6's footprint as small as possible. So here is how I reorganized my TD6 in order to make it as compact as possible. 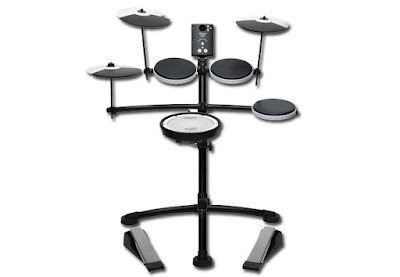 Firstly I took the frames apart and created 1 vertical frame on which I wanted to attach everything, supported by 1 foot in front of that frame to create a triangular base to make the construction stand solid, as shown here (In my very primitive sketch). 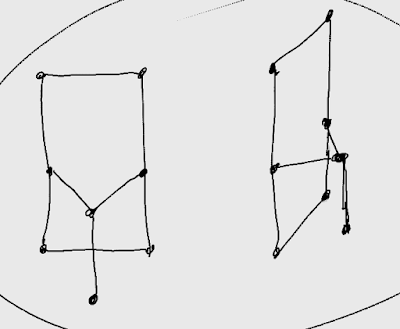 That turned out not too difficult although I ended being short on 1 side of the triangle. 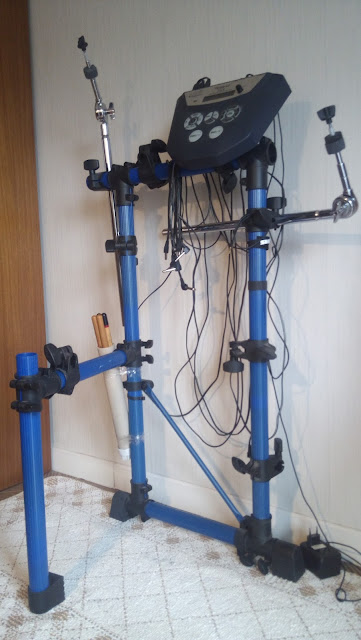 After adding the pads back on this is what the set looks like. 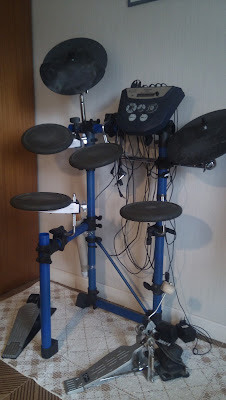 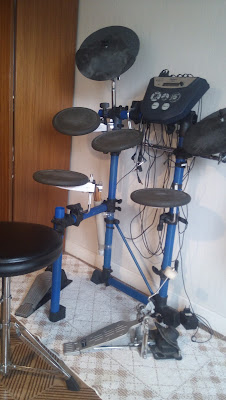 The final result is pretty compact setup for now in which I do have some pieces left over. 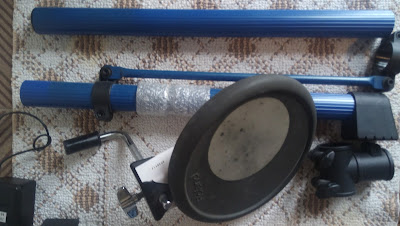 Good things about the current setup are

Overall, I'm pretty happy with the end result having reduced the footprint of my kick drastically. 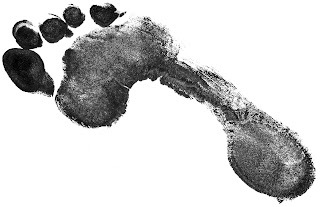 On a side note, there also some things I still want to tweak over the next days and weeks although the have nothing to do with the footprint of the set.

Firstly there is the kick pad. I'm not a fan of the original construct for the bass drum that came with the TD-6 namely the KD7. I don't like it for several reasons 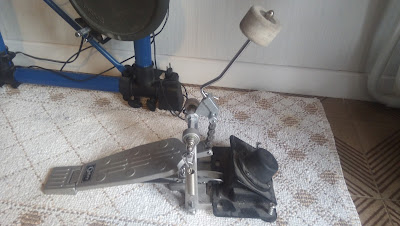 The hi-hat control pedal is something I'm not happy with either, but that has nothing to do with making the set-up compact. The pedal has never been too responsive. I think that needs some  research. (Or maybe just take out the dust that accumulated over the years).

I sacrificed a tom pad, and while I usually always play with just two toms, I'd still like to see how, if I can find a proper use for that pad.

Finally, the TD-6 module has a remaining input that is left unused (the kit was sold like that), so I would like to figure out if I can put it to use somehow.

Email ThisBlogThis!Share to TwitterShare to FacebookShare to Pinterest
Labels: My gear